The Fabulous life of Mike.....

Because I can't bring myself to
purchase school photos,
I try to keep my kid's portraits updated.
So from time to time
I will take one or two of them out for
a photo shoot.
The boys are long overdue,
so yesterday was Michael's turn.
I have to drag Zach kicking and screaming
into the hair salon
before his turn....
don't hold your breath! 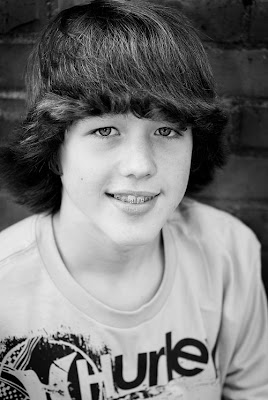 I am quite smitten with this child.
I have been ever since I was first blessed by
his chubby little cheeks
and striking blue eyes.

Sadly, this is the best representation
of my memory of him
when he was just a little guy.
I'm sure there are more photos that I could scan in,
but they are burried in bins
far too deep in the storage closet
for me to get to them quickly. 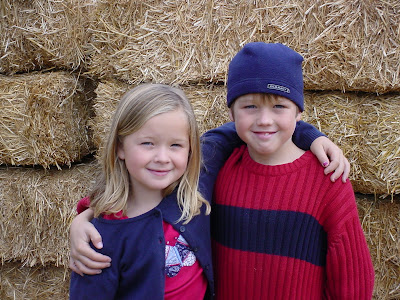 Here he is with his sister.
A bit older than that adorable little boy
who keeps running around in my memory
whenever I notice Michael's current height,
but still just as sweet! 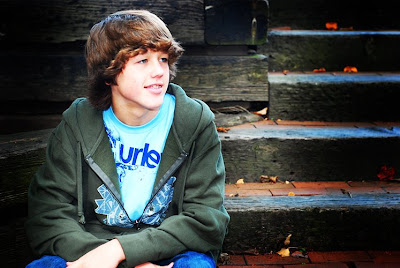 Michael is a lover.
Can you tell? 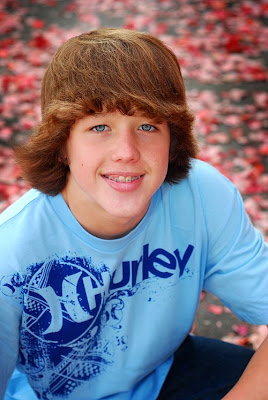 I know I have commented before
on some of his finer qualities,
but I think there are a few that are worth
expounding upon. 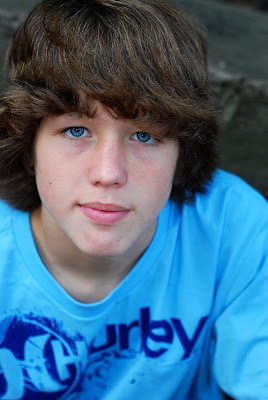 Michael runs.
He runs FAST!
Last year Michael tried his hand at cross country for the first time.
He made it all the way to the State Meet and took 39th!
A few meets before State,
Michael had an altercation with another runner.
At the end of the race, the runners grab a number
according to the order in which the crossed the finish line.
Usually there is someone there handing them out as they see
the runners cross.
Michael and another runner were racing to the finish.
Michael beat him by about two strides,
but he ran past the number person.
When he went back to get his number,
the boy he beat had grabbed the number before Michael.
This put Michael in 5th instead of 4th.
Not really a big deal
except that where you finish over the course of
the cross country season determines your
consideration to run for the State Meet.
So where Michael placed was important to him.
Michael went to the boy and said,
"You know I beat you. Do the right thing, man."
The boy refused to give up his 4th place standing
and gathered up a group of team mates to support him.
There was a bit of back and forth arguing,
and other testosterone driven actions.
Michael kept his cool though
and over time
he got over the anger of feeling as if he'd been shorted.
The rivalry between him and this boy
continued to be heated
during subsequent races .
Flash forward to the State Meet.
This boy and Michael were both in it.
After Michael finished, he told us that
in the first few minutes of the race,
he was three or four runners behind
this boy.
He saw this boy trip and fall pretty badly.
Knowing Michael's spirit,
I asked him if he wanted to stop and help the kid.
He said,
"Oh mom, it killed me not to stop.
I thought about it the whole race.
I wanted to help him so bad,
but I saw that some parents standing along the race path had already
gotten to him ."
That is My Boy! 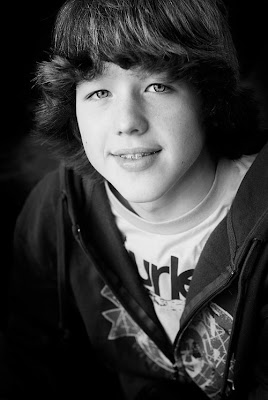 Michael also has the gift of comedy.
His hilarious sense of humor
brings so much laughter to our family!
We used to call him our little Jim Carey. 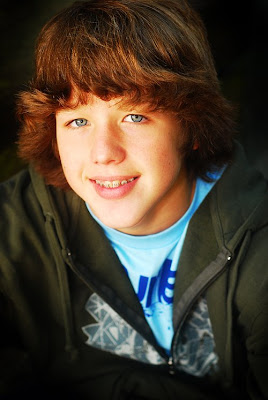 As I watch him grow into a young man,
I am increasingly proud of
his character,
his compassion,
his work ethic
and his determination. 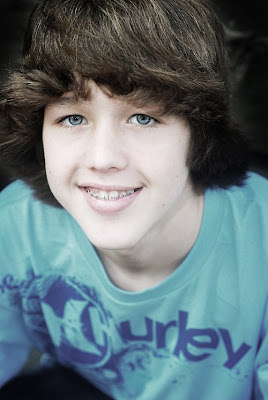 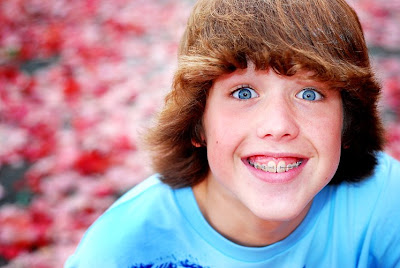 He's also the first to bring silliness to a whole new level!
His enthusiasm for the lighter side of life is contagious.
We are so blessed as a family to have Michael in our lives.

HOLY! Okay Bren totally resembles Maddie and I am totally seeing Zach in Michael though chances are no matter how much love there is with siblings they will likely deny looking anything alike. Seriously you have to be insane not to love being in this family and having pictures taken because they come out amazing. I love like everyone of the pics, I cant pick a favorite. Amazing job, and he actually looked like he enjoyed being infront of the camera.

PS, thanks for the photo comments and I couldn't resist replying back to you on the one about the truck picture LoL

That was a beautiful post.
In my opinion, you are both blessed to have each other.