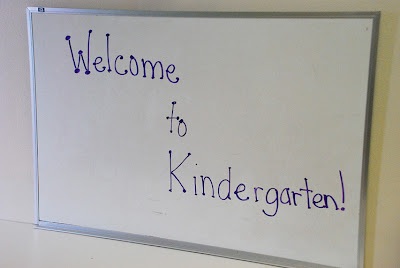 Bren was able to meet her Kindergarten teacher, Mrs. Butler tonight!
I had applied for all day kindergarten but was notified in June that we didn't get picked.
I was disappointed because half day kindergarten was only 2 hours and 45 minutes long.
I knew that Bren was ready for more than that and I wanted her to be able to get alot out of this year.
When I went to check her name on the list to see what class she was in, I could not find her on any of the half day lists.
I asked the secretary why Bren's name wasn't on any class lists and she said that Bren was an all day student.
They had conducted another drawing in early August and we got picked!!
I was so excited!!
Bren is going to learn so much this year and I'm relieved that she will be able to settle into a longer, slower, more detailed schedule that is offered to the all-dayers instead of the fast pace of half day. 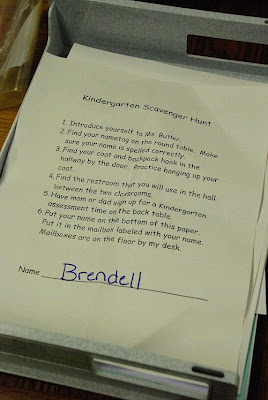 Mrs. Butler put together a fun scavenger hunt for the kids to do during orientation. 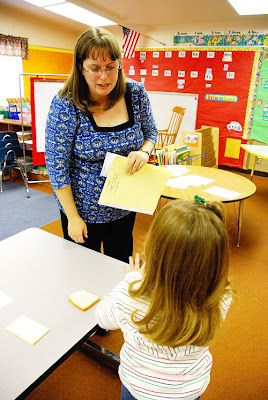 The first thing on the list was to introduce yourself to the teacher.
Bren said, "Hi Mrs. Butler. I'm Brendell."
sigh. 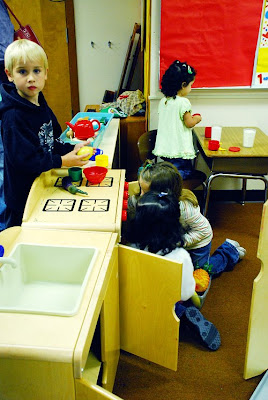 She was quickly drawn to a few little girls
and they played together in the kitchen for at least 20 minutes
while the other moms and I chatted.
Bren didn't want to leave,
so I'm guessing that this will be a favorite play station for her this year. 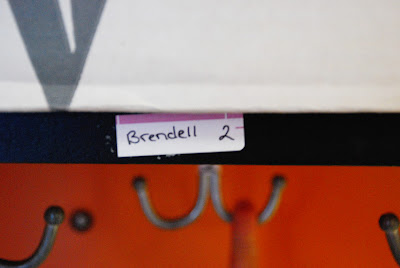 Before we left,
we found Bren's name in the hallway where she'll hang her jacket and backpack.
Bren will start her first day on Friday the 5th of September.
The older kids start on Tuesday.
We've got lots of school supply shopping to do between now and then!!!
Posted by Becca at 12:19 AM

I am glad your prayers were answered and she is in the all day class.

you've been tagged! see my blog for details!

oops the link is
http://momy4him.typepad.com/the_little_things/2008/09/blog-love.html