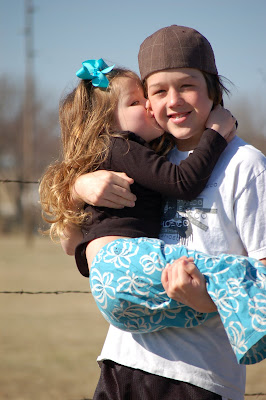 We began the morning in Fairmont, Minnesota with a little silliness before a loooooooooong trip across rural South Dakota. We were warned that the trip would be boring because of the miles and miles and miles of nothing but fields with a few (very few) sparsely populated little clusters of farms. 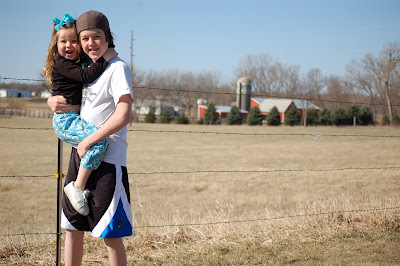 But the lady who warned us of this, doesn't know my son Michael. To him, she had just issued a challenge. She might just have well said, " I dare you to make this trip fun and exciting!" 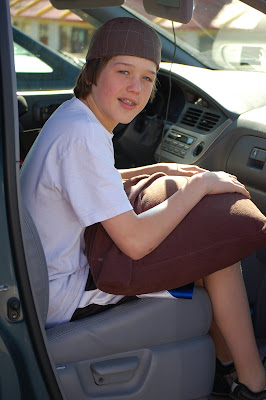 Armed with his usual wit and charm, I was lucky to have Michael ride shot gun today. No way were we going to be bored. 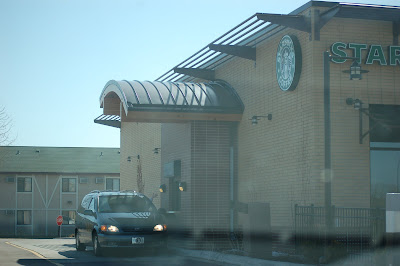 But just in case, I had to amp up a bit before beginning the drive.
The bright eyed strawberry blonde lady at starbucks was especially chipper this morning. She practically reached out and hugged me through the drive through window when she was talking about how gorgeous the day was.
"There's more on the way!!" she said, her eyes twitching with excitement as her broad smile spread across her face.
Being a sun lover myself, I can totally understand her quivering joy over the season's first warm rays.
And it was a beautiful day...just gorgeous!
It got up to about 82 according to the gage on my van. 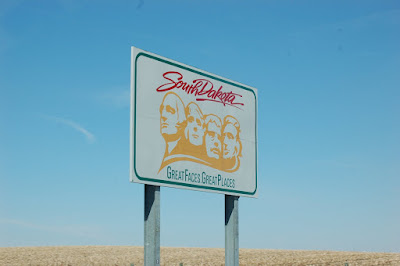 Ah, South Dakota.....you thought you had us with your barren fields and your wide skies that stretched so far it appeared as if we might actually fall off the end of the earth.
But, I had my secret weapon......the one person who can truely make a game out of road kill and have us all wanting to be no where else but where we were. Michael has such a gift for humor.
Here's a conversation we had during or drive.....
Michael: "If I were from outer space, I would hate it here."
Me: "Why?"
Michael: "Because it's not my home."

Is it just me, or is that a total off the wall thing to say? I think I laughed for 13 miles over that! Coulda been the triple shot of espresso too though.

Well, what can you say after that? 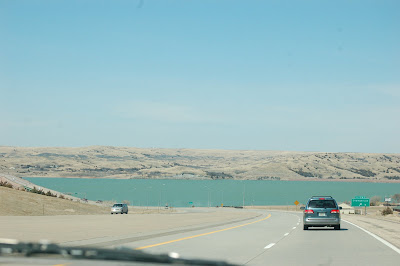 Here we are crossing the Missouri river. It was so sudden and so beautiful. We stopped for lunch just on the other side of this river. I had a South Dakota buffalo burger! 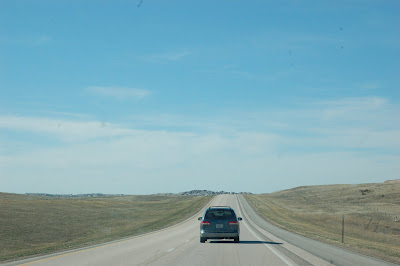 Here we are driving on highway 90 west......this is pretty much what we saw for 7 hours!
Here are the details of the road kill game that put a fun spin on the boring landscape.....
Michael counted cows on his side and I counted cows on my side. Each time one of us saw road kill, the other player's cows were dead. As soon as one of us thought we were winning, we'd spot a pheasant or deer and the game would flip. Michael actually got up to over 1,000 cows at one point before I finally found a jack rabbit to call. 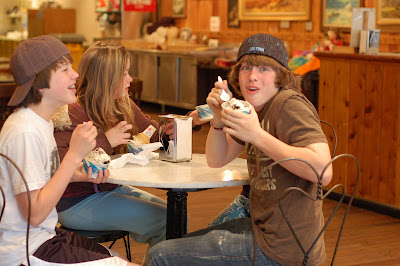 We stopped at "Wall Drug" in Wall, SD. If you have ever driven on 95 toward South Carolina, you understand the signs that line the interstate for miles letting you know of the tourist trap ahead. This is the same thing...only with cowboys instead of Pedro.
We had some homemade ice cream which was worth the stop. 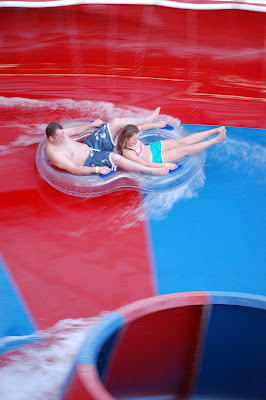 We finished the day in Rapid City, SD. We are staying at the Marriot which is connected to Watiki Indoor Water Park Resort. It was the perfect end to a loooooooooooong drive through the wild wild west! 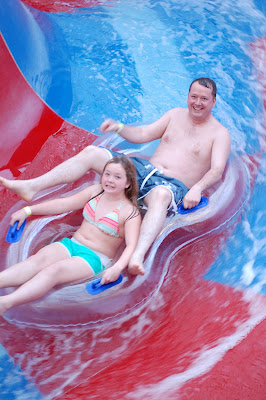 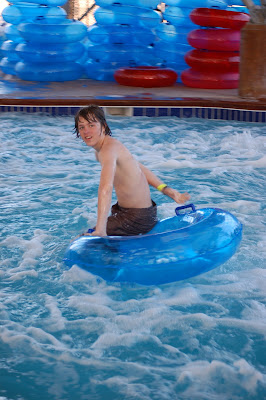 Tomorow we'll go see MT. Rushmore and then make our way into Montana!
It is supposed to be another gorgeous day.
I want to give a very special thank you to each and every one of you who are reading this blog and who have left such sweet comments.
I have read and cherished every one of them and I wish I had time to sit down and write each of you a heart felt response because you deserve it, but for now, please accept my public thanks!!!
I'll see ya in Montana!
Posted by Becca at 12:37 AM

Beautiful sceney, wish I could see it all.
Have fun!
Ala. Grandmother

Wow! The pictures of the Missouri river were breathtaking. Makes me want to venture to see it in person!! Travel safe! ~Valerie

I want to thank you for taking the time to take us along on your trip!. And giving us pictures to boot!. Michael sounds like a fun one to have in the car with you on a long drive, the poem was just hilarious. The pics of him and Bren are to cute for words.

It looks like your all having fun and being safe as you make your journey to the new place.

Love, love, love your pictures. The color of the Missouri River is amazing. Thanks so much for sharing your trip. I think I have a new favorite poem.

Oh I am so enjoying your journey - we were stationed at Grand Forks AFB in Grand Forks, ND and I remember the scenery. Very flat - but I also remember watching fields of sunflowers follow the track of the sun!

You are in my prayers as you journey. Thanks for sharing.

What beautiful photos to mark such a wonderful journey. May the Lord be with you & your family each step of the way. Your photos are marking each step along the way for you to always remember.

You are getting closer and I am getting soooo excited!!! I can't wait to meet you Becca. You have such a beautiful family.

I'm having so much fun reading about your trip!!!! Safe driving!

Oh, and you've been tagged...see my blog!