On American Idol this week,
we were treated to two songs from each of the top three.
One picked by the judges and one selected by themselves.
First of all,
I just have to ask,
Does anyone else think that the judges behavior tonight was embarrassing?
They behaved like silly middle schoolers
(believe me I know one when I see one!)
and they shamefully kept shifting the focus to themselves
with all kinds of ridiculous antics
during the time that they should have been offering constructive criticism
for a very critical week!
It just drove me bonkers!!
Ok, enough with the wrist slapping,
on with the show! 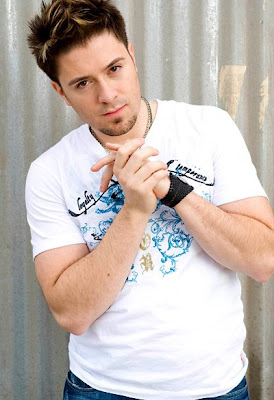 Danny Gokey:
Paula chose "Dance Little Sister" for him tonight.
I wish she would have chosen a more mainstream song.
This one did give him a chance to show his voice off,
but it may have been hard to get into for those who don't know this song.
I don't know why she didn't pick a Bryan Adams song for him!
David and I have been dying to hear something in the Bryan Adams
realm from Danny for weeks now!
Nevertheless, Danny did his thing.
He had fun, had great energy throughout the song
and I enjoyed the dance moves that seemed to annoy Kara so much.
Danny chose:
"You Are So Beautiful" for himself.
I'm not sure about the arrangement...
it seemed to lack a little bit of substance there in the middle,
but there is no denying Danny's vocals.
He has such an amazing connection with the songs he sings
and this came through in spades tonight! 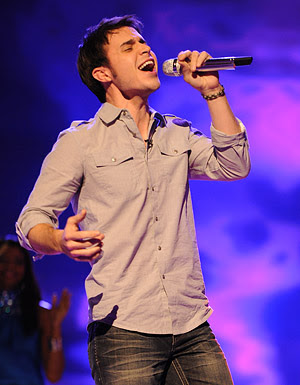 Kris Allen:
Randy and Kara chose "Apologize" for Kris tonight.
I really loved it!
Even though it stuck closely to the original,
I think he sounded really great.
It would have been nice to have heard him put his own spin on this,
but I still think he did a great job with it.
For his second song
Kris chose "Heartless".
Oh my goodness!!!
This was really awesome!!
A brilliant move for tonight!
No doubt Kris is playing to win!
I thought it was raw and bold and definitely better than the original.
After that performance and after the transformation he's made
throughout this show,
I think it's easy to say that Kris is a star.
He's going to do very well after Idol,
but wouldn't it be absolutely amazing if he made it to the final 2?! 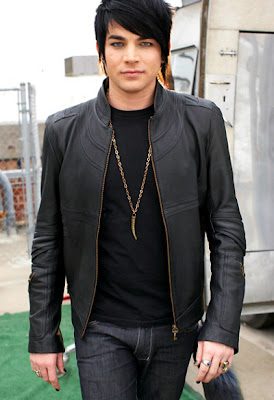 Adam Lambert:
Simon chose "One" for Adam tonight.
It was a very emotional performance from Adam
and he really worked those beautiful lyrics,
but I wasn't blown away.
It was just a'ight for me tonight.
Adam chose "Cryin'" for himself.
In true Adam form, he took this song to the highest registers,
but my ears are still ringing from it!
I think he got a bit screechy toward the middle.
It is undeniable that this boy can sing and
that his range is in another atmosphere.
He's a master at stage presence and delivering an incredible
performance, but I'm not too sure about
listenability.
I'm not convinced that I could tolerate a whole CD of the type of full on,
in your face, heavy guitar, other gallaxy,
melt your face off music that
Adam would surely put out.
I could handle a ballad or two from him,
but even that is like watching a lion in a cage.
He's definitely insanely talented
and he deserves to win based on that,
but do I want him to?
Not so sure.

Going home tonight:
The safe choice is Kris,
but you know,
part of me is rooting
(louder and louder as the day goes on)
for the underdog to get his day.
I'd love to see a Danny/Kris
match up next week for the finale!
Something about the tortoise beating the hare
or the 1980 US hockey team defeating Russia
or David taking down Goliath,
just lifts the spirit.
Seeing the unexpected happen
seems to solidify our own impossible dreams.
So, I'm voting for the upset tonight!

wow becca, you brought up a good point for me about adam. i want him to win because he is definitely a rock star. he has stage presence, and he is insanely talented like you said. but if he won, would i buy his album? probably not. danny or kris would definitely be more easy for me to listen to.