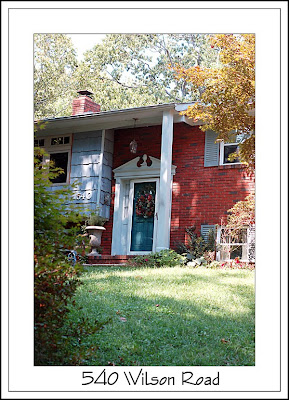 "Wherever you are.... Debbie takes you home."
I read that on a real estate website this week
and it got me thinking.
Home.
That has been such a fluid word for
me and my family
over the past 18 years.
My story began on a tree shaded road
in Crownsville, MD,
where the Severn river was just a bike ride away,
where my friends and I built
countless tree forts in the woods behind our houses,
and where we sat on the fireplace hearth that
my grandfather built.
So many chapters have been written
in about a dozen dwelling places
since then. 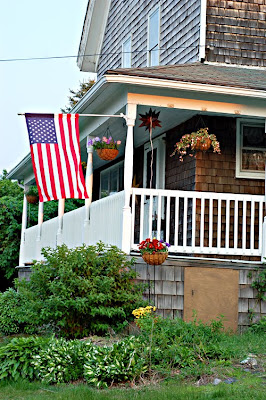 My very favorite chapter so far
has been this old ridiculously old, high maintenance home
in Rhode Island.
It had so much character
and history.
It was built in 1897 on the site of
Rhode Island's only Revolutionary War battleground.
The squeaky, drafty old house
intrigued me and I wish we had had
more time there to really settle in to
her bones and get to know her better.
One short year was not enough,
especially since I spent the last four months
of that year,
recovering from a serious ankle injury.
Learning to navigate the steep, narrow
staircases while my non-weight bearing orders were in effect,
was very challenging. 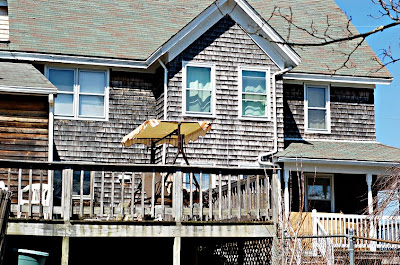 We had the most fun out on the deck and in
the yard of this house.
Her spooky basement was a source of giggles
and screams for all of us,
and her fully finished attic held
many nights of family pool shooting
and drum practice for Michael.
With almost 6,000 square feet and lots of unique nooks and crannies,
this was the BEST house ever to play
hide and go seek in. 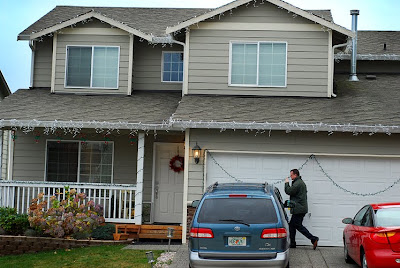 Good answer, Becca. I loved that house in RI - your newest one is lovely too though.

I love the first picture!!

Nice! Becca,Please tell people the door was not that icky color when we build that dwelling on Willson rd.It was a glorious RED what else.I love the theme of this Blog,I choose a long time ago to call where I live my dwelling,My home is going to be everlasting.
:-)

That right, mom! Our door was red. You started me out right!
Aren't we always moving? LOL!
We will be transfering from here either in July 2010, if we can work our number one plan, or April-ish of 2011 if we have to go with plan B. We are headed to the Office of Naval Intelligence in Washington DC in either case and are seeking rentals in either Anne Arundel County, MD or Northern Virginia.

God has a place for you .Just the dwelling you need close to me .at last , Perfect can't wait .

Hope you make it back to RI some day Becca.