Restore {verb} :
To bring back to a former, original or normal condition.
Honor {noun}:
Honesty, fairness or integrity in one's beliefs and actions. 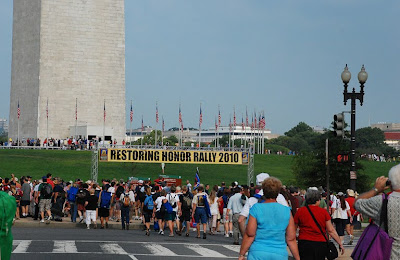 I started listening to Glenn Beck on the radio
many years ago.
He would keep me company as I dropped Brendell off at
Happy Apple in Saint Marys, Ga.
His views intrigued me and while they were not
all exactly like mine,
he was saying things that no one else on the radio was saying
and he made me think. 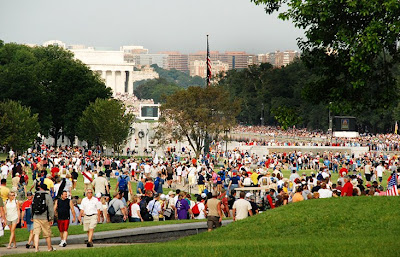 When he joined Fox News I started watching him regularly
and while again, some of the things he said
did not exactly line up with what I hold to be true,
I still respected his knowlege of history
and his love for our country. 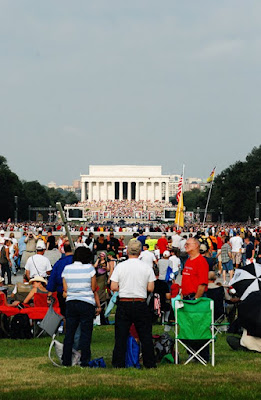 When we heard of the 8/28 rally
and what it's purpose was,
we thought about going.
When we heard that Sarah Palin was going to speak.
we knew we had to be there! 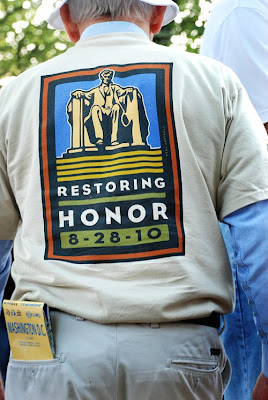 Living close to Washington DC is bonus in
such a time as this.
We sat with people who had traveled in from
North Carolina, Florida,
Ohio and even New Mexico! 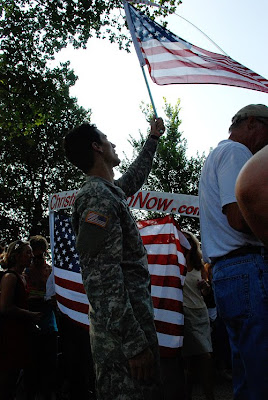 The crowds were thick, but kind.
Excited, yet respectful.
Fired up, but not frenzied.
I was so proud to be there! 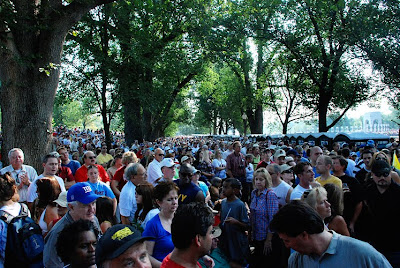 Observing the sea of people from all walks of life
who were there for one common purpose was
overwhelming! 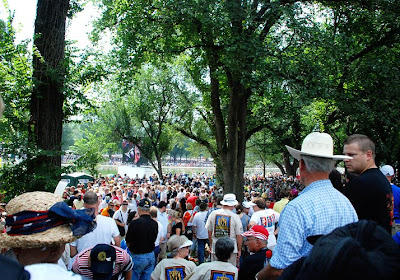 The military was honored,
those who had given their lives in this war
and in other wars
were honored
and civilians who were living an example
of Faith, Hope and Love
were honored. 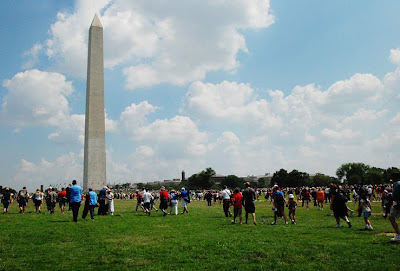 The mood was decidedly uplifiting and encouraging.
No one was bashed.
No political lines were drawn in the sand.
We were a mixed lot of Americans
standing together for the purpose of restoring our country
back to her roots.
To return to the founding principles
of our forefathers
and to turn our hearts back to God. 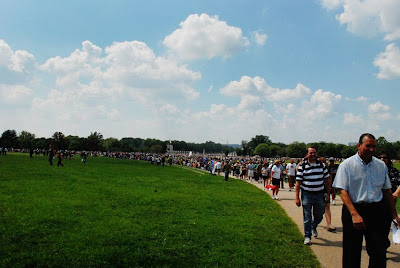 I don't think I have ever seen
a larger gathering of people
anywhere else!
Based on the land mass covered
there were at least a half a million
people there! 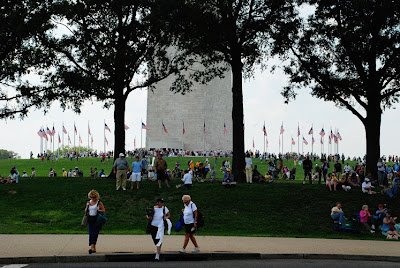 The line just to get metro tickets into Washington
was thousands deep at 7 am when David and I
first attempted to get our tickets
at the New Carrollton station.
We ended up driving in to Suitland, MD
where David works and got right on the
metro station there with no trouble at all.
It was a long and exhausting day
but it was so awesome to be there
and to be a part of an event that
I believe in!