2 mommas and a cruise ship! 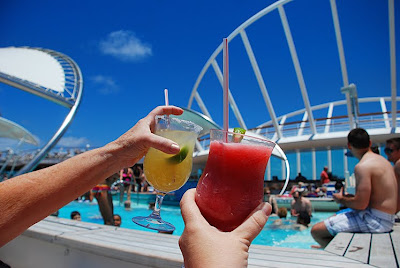 For Mother's Day this year my mom and I went on a 9 day
cruise to the Caribbean!
It was so fun getting to spend so much time with her.
We stayed up late at night talking
and laughing like girlfriends do.
Being able to just relax and have a good time
was such a blessing for both of us.
Before we even hit our first island,
I knew that this was going to be
a week of fun.
On our second day at sea
mom decided to judge the
"Mr. Sexy Legs" competition for a reason I will
share in an upcoming story. 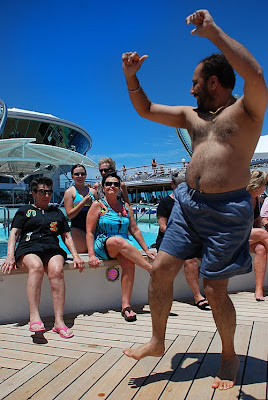 It was hilarious watching all of the guys
strut their stuff,
or whatever stuff they thought they had,
and it was even more hysterical watching
my mom's reaction! 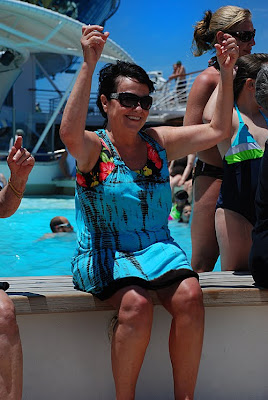 She was having a great time
even though she was way out of her comfort zone! 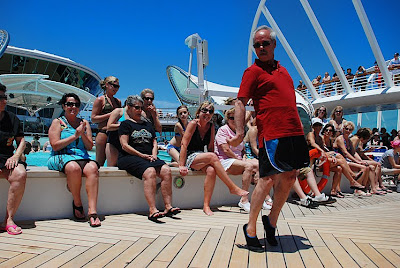 She was responsible for picking
the most athletic legs winner
and had one of four votes to decide the overall winner. 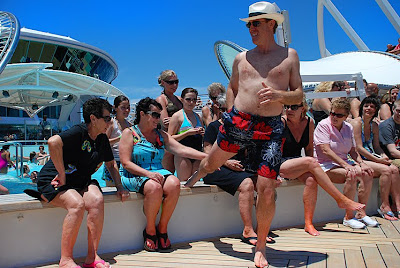 The over all winner is part of a story I am going to tell
for Memorial Day,
so I won't spoil it by adding
any photos of him yet. 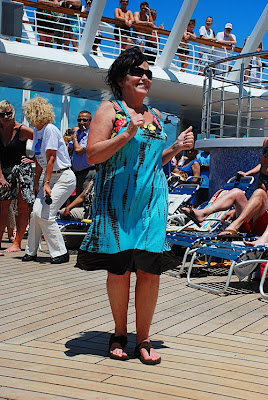 Now judging is one thing....
competing is a whole other ball game!
Before she knew it, mom was in a line up
for the "Best Biceps" women's competition!
Because she has been a judge, she and her fellow judges
were automatically entered into this contest. 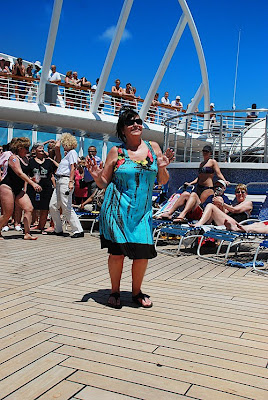 I know when she woke up that morning.
the last thing she thought she would be doing
was dancing down the pool deck
in front of a cheering audience and four judges! 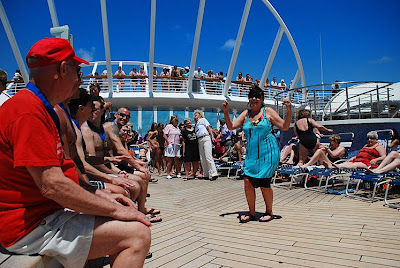 But she turned on that charm of hers
and did it anyway.
I am so proud of her!
(and I'm super happy
that I have the photos to prove this!)

Telling the stories of our cruise is far too involved for one post, so
I will break it up by island/day
and will post the photos and details all this week and next week.

Until then,
blue skies and umbrella drinks for everyone
and a little steel drum music too!