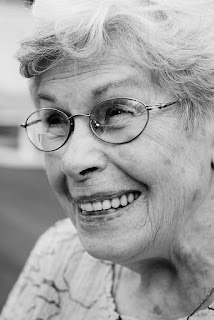 A few years back I asked my grandmother what her earliest memory was.
She thought for a moment and told me that the most vivid memory she has from early childhood was watching her mother make bread.
She said that she could distinctly remember the flour dust dancing in the sun rays as her mother would shake the flour from her apron.  She could remember her mother’s hands and how they would just be full of bread dough as she would clap them together in the open back door of their home sending tiny little dough balls falling to the ground. 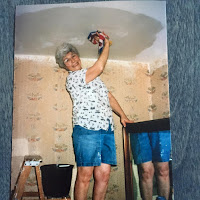 My grandmother’s most vivid memory as a child was watching.
Watching another woman’s work.
Watching her care for and love her family.
Standing there as a young impressionable little girl and just taking it all in.
This is my memory too.
Watching, learning, mimicking, developing a belief system and an understanding of the most important things in life.
I too stood watching in the doorway as my grandmother knelt by her bedside and laid her family before her creator. I watched her living life to it’s absolute fullest.
I watched her relish in the good and set her eyes on the positive. 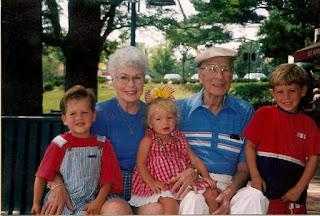 I watched her hope in the difficult times and mourn with the broken hearted.
I watched her taking time for friends and strangers.
I watched her strike up conversations with waiters, cashiers, grocery baggers, people sitting beside her on a park bench, tour guides and anyone else who would give her a few minutes of their time so that she could share her faith with them. 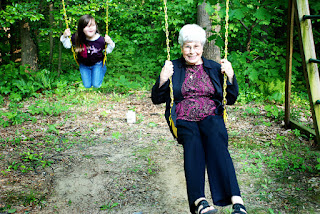 I watched her generosity.
I watched as she embraced hard work and enjoyed the fruits of a beautiful home and yard.
I watched as she found such joy in being together with family, always laughing, dancing and joking around. 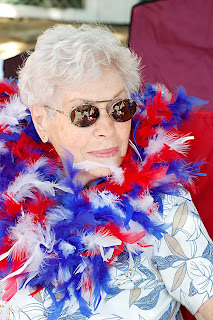 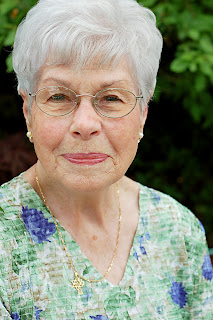 I watched as she began to get lost more often in her confusion and as her longing for heaven grew stronger.
I watched as my mother became her caregiver and made sure my grandmother’s needs were met.
I watched as the roles were permanently reversed as my grandmother became as dependent as a little child.
I watched as a hope for an eternity without pain, confusion, aggravation, depression and sickness was what we clung to.
I watched as a life well lived began to be celebrated even in the final days only because of that blessed hope we have that grandma will be whole and perfect and in the arms of Jesus because she had put her faith and trust in him.
As I am watching now, waiting to hear the story of her death, assured in the fact that she will be escorted into heaven by the angels, I am acutely aware that I am not only a watcher,
but I am being watched.
The best tribute I can make to my grandma is also the greatest legacy that I can leave for my children and grandchildren. 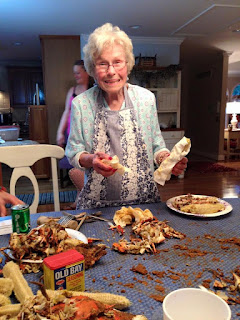 My desire is to point people to Christ in the way I live my life.
I want my watchers to know that Jesus forgives, heals, restores and inhabits those who trust in him.  It is only he that gives perfect peace and joy through the trials of this life.
At the end of this journey however long or short it may be for each of us is the hope of an eternity in heaven as a reward for a life surrendered to him here on earth.
As the generations grow and my watchers become the watched,
this is my hope for them; that they may know Jesus and leave a legacy of a life lived for him.
I love you grandma!  Thank you so much for living the life that I watched.  You have helped to make me into the woman I am today. 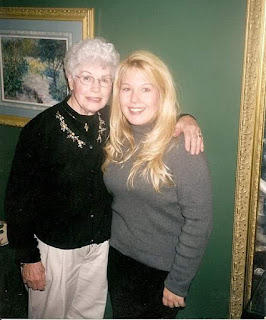 Beautiful. Thank you for sharing. ❤

I could read what you write forever...
What a beautiful tribute. Your grandma was a sweet, sweet lady! Thinking of you all.